Leavers construct delusional Matrix, but the referendum is about today’s reality. 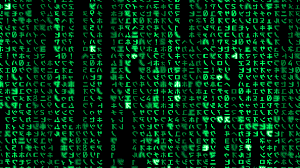 I find it disturbing that there are a lot of people who still don’t seem to see how ludicrous the Leave campaign is getting. Brexit was a dodgy proposal from the start, but now large numbers of people seem to be embracing the sensationalist nature of the Leave campaign.

Every week for some time now the news seems to be about how a Remain campaign/Pro-EU person or statement is accused of being a liar, corrupt or biased by the Leavers. You’d think these people were living in the Matrix, everything around them is a lie and everybody is in league with the machines. To me the level of delusion present is staggering, they seem to believe the UK has never been in direr straits and that the entire world, from President Obama to Mr Cameron, is out to destroy them, their way of life and everything else that matters.

Personally I think if some of these people were made to speak their mind to a psychiatrist, they’d be locked up in a rubber room. They accuse us of anything and everything that suits as long as we’re made out to be the worst people on the face of the planet. In between the predilection of some leavers to call us Nazis, those who say we’re all taking money from Brussels and the others who call us traitors, it’s amazing we haven’t been labelled the Anti-Christ yet.